We read this together with all three children (a boy-age 9, a girl-age 8, and a boy-age 6).  Reading together is something we commonly do,  so we naturally read together, although I would say this book was most suited to our 9-year-old son.

From the back cover:


“When Revolutionary War Patriot Lamberton Clark is shot by British soldiers while on a mission for the Continental Army, he has only two hopes of getting the secret message he’s carrying to General George Washington: his 14-year-old twin boys John and Ambrose. Upon discovering that their father is a spy in the Culper Spy Ring, the boys accept their mission without a clue about what they may be up against. They set off from Connecticut to New Jersey to find General Washington, but the road to the commander-in-chief of the Continental Army is full of obstacles; including the man who shot their father who is hot on their trail.” 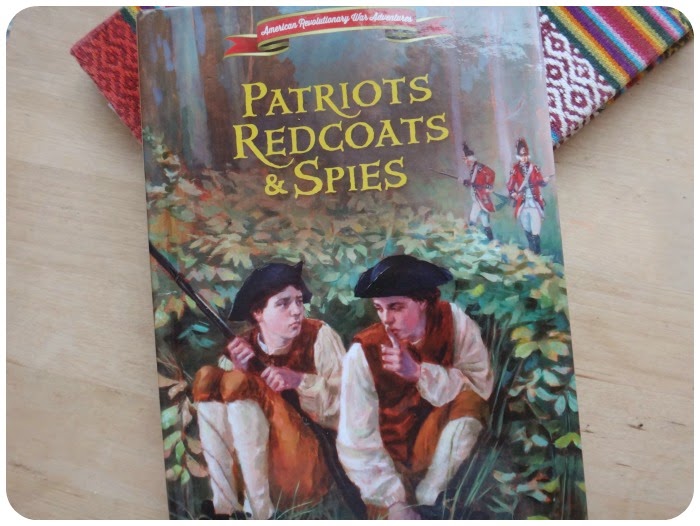 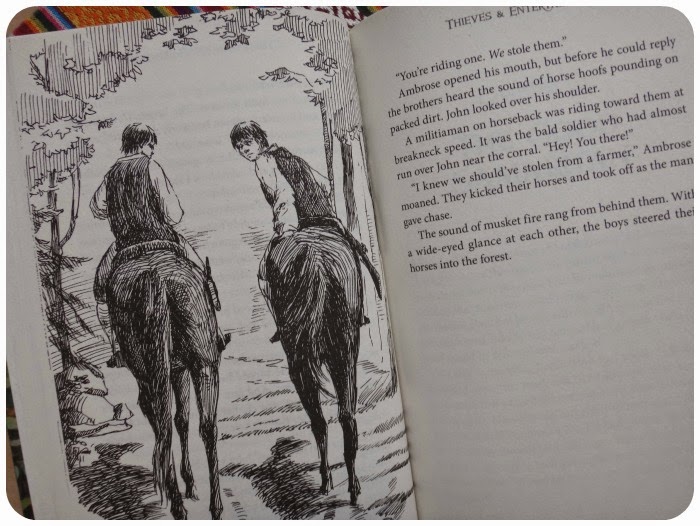 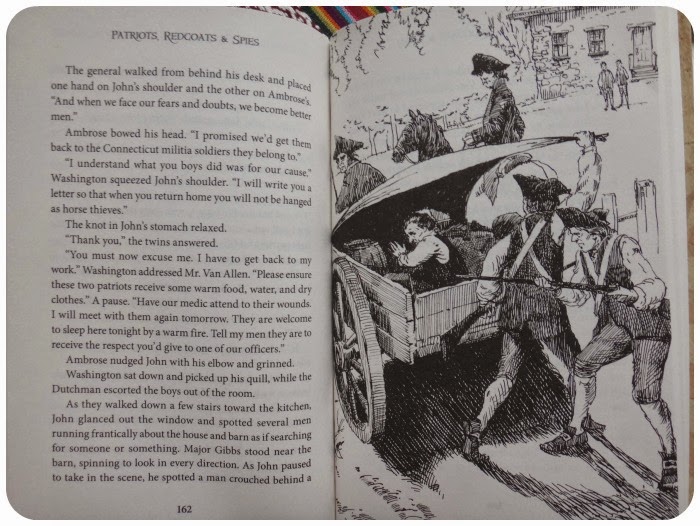 This is an engaging living book, particularly for boys and girls who love war-type history stories.  It follows the exciting journey of two young brothers as they fight to deliver a secret message.  Along the way, of course, they are met with many challenges that test their friendship, faith, bravery and persistence.  The novel increased our children’s understanding of the American Revolution and what was going on during that time.  Even our youngest was able to clearly identify the difference between the Redcoats and the Patriots and why the two groups were fighting.


This is a very historically accurate depiction of the time.  The writers are a father-son team who have spent extensive time researching and understanding the history and the genealogy of the families depicted in the novel.  Their passion is clearly displayed through their writing.


The back of the book includes a large additional section.  This includes, A Note from the Storytellers,  Historical Characters, and Letters by General Washington.


I really loved the Discussion Questions section.  Here, there are 20  in-depth discussion questions to use for narration, dictation, or even as writing projects if you are ambitious.  Some examples include, “Why did the colonists call themselves patriots?”, “Why did the British military leadership need spies?”, and “Why is loyalty an important virtue?”.


My only caution would be that it is quite violent due to the nature of the subject.  My husband edited they way he read it aloud for the sake of our younger children who are sensitive.


Overall, I thought this book was a great value, considering it could be used for quite a lengthly unit study and is written in a very interesting, living book style.

What the family thought:

“I liked it because they did what their father told them to do and they were persistent.  Even if hard times came, they would keep going.  I also liked how they stole the horses, but didn’t really want to because they knew it was bad but they were doing it for good…”  (Audrey, age 8)


“I really enjoyed the suspense.  Also, how they worked together as brothers, as a team to complete their mission.”  (Daddy)


Our nine-year-old is a boy of few words, but did describe this book as “interesting” and “suspenseful”.  He also has been asking for the next book in the series, so that says quite a bit!


Big thanks to Zondervan and Harper Collins Christian Publishing who provided us with this book in exchange for our honest review!