In his book Heartfelt Discipline, Clay Clarkson speaks about the importance of cultivating the soil of our child’s heart. He refers to the parable of the sower and the seed and compares it to how we, as parents prepare our children to live for God.

“A farmer went out to sow his seed. As he was scattering the seed, some fell along the path, and the birds came and ate it up. Some fell on rocky places, where it did not have much soil. It sprang up quickly, because the soil was shallow. But when the sun came up, the plants were scorched, and they withered because they had no root. Other seed fell among thorns, which grew up and choked the plants. Still other seed fell on good soil, where it produced a crop—a hundred, sixty or thirty times what was sown…” Matthew 13: 3-8

As parents, so many of us are tempted to focus mainly on the seeds. We try to give our children as many gospel seeds as possible – Church, Sunday School, Christ-centered literature, devotion times, times of service, etc. The truth is though, it doesn’t matter what way we ‘package’ it, we cannot add to the awesome power of the gospel.

The seed, is always good, because it is the gospel of Jesus Christ.

We can not change the seed – the seed remains. It isn’t the seed that decides whether or not the truth is revealed and received, it is the soil.

To read the rest, join me over at The Better Mom today! 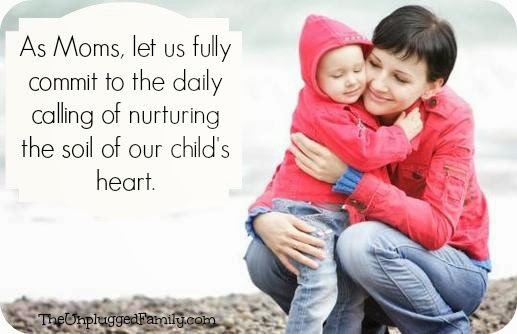