Three weeks ago, out of nowhere, our outgoing six-year-old daughter clings to me and refuses to go to Sunday School.  I’m baffled.  She loves her teachers, the lessons, her friends, the songs, the crafts.  We sit quietly together during the service and draw pictures to each other.  I wonder what could be wrong.

Later that night, she sits close on her pink bed spread and tells me the ‘why’.

“I can’t write words, Mama,” she wells up instantly.  “All the other kids can write words except me.  I want to know how to read too…”  Her lip quivers and I sit silent, heart broken.

Oh, baby girl.  My sweet, sensitive, soul-girl.  Artistic, expressive, emotional, so compassionate.  She’s six and she can tell you who DaVinci, Michelangelo, and Rembrandt are but, she can’t write words on her own.  No, not yet.

She loves insects and caterpillars and toads.  She’s precious in God’s sight, and in mine. 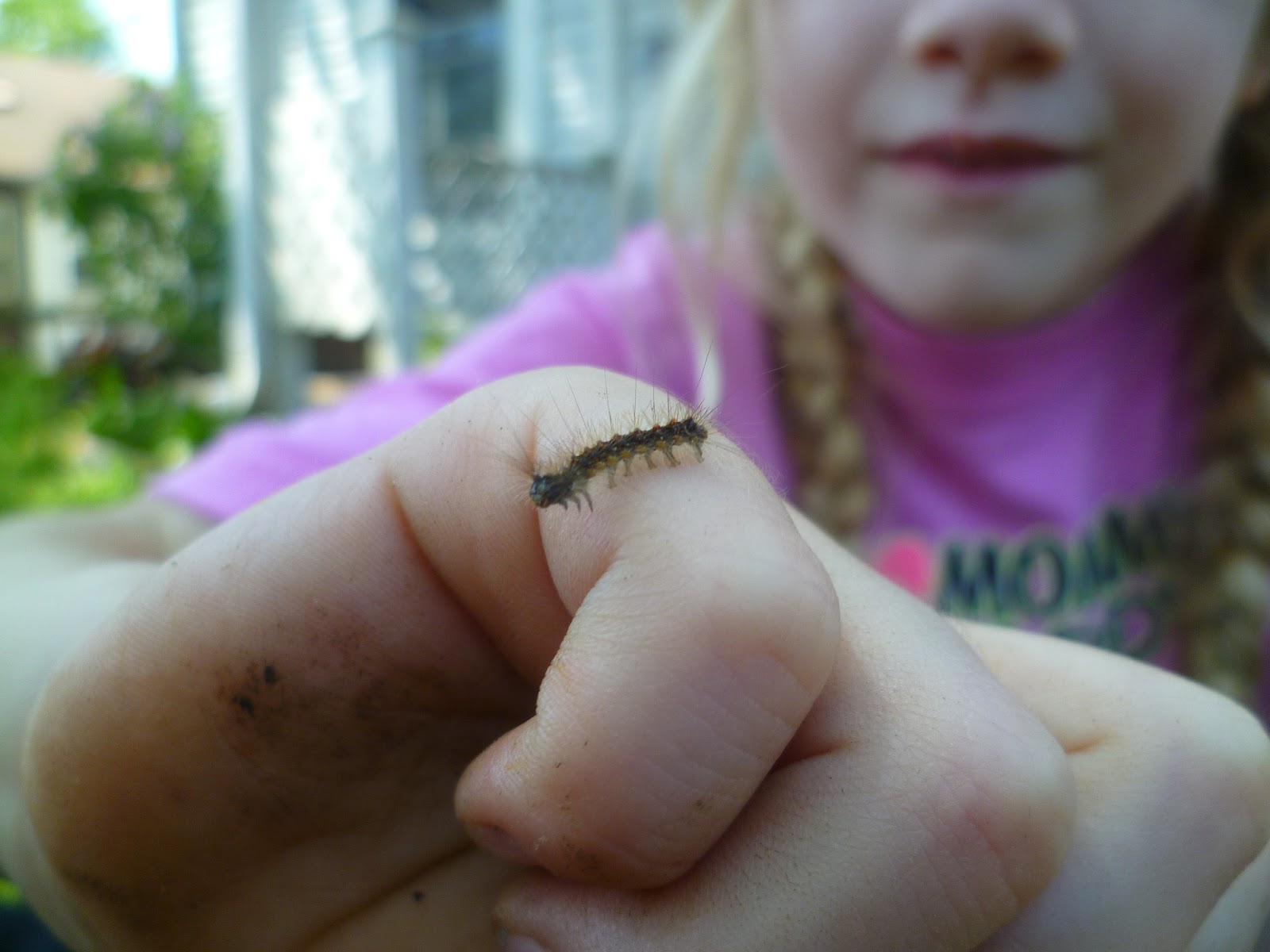 She does Math a year ahead and can write four pages straight of copy work, but she still can’t really read fluently.  And with the struggle to read comes the struggle to spell.

And it didn’t matter one bit until she had to sit in a room full of other children and feel centred out (probably mostly in her own sensitive mind) because she’s different.  Because she’s “behind”.

And in that very moment, in her quiet room, with her big blue eyes in tears – I feel it heavy on me.

The onslaught hits me in less than a minute and my heart falls to pit bottom.

I kiss my girl and tell her I love her and that every one learns at different times and in different ways.  I hug her long and whisper:

“Oh, sweetie, you’ll get it!  We’ll work on it together.  We’ll work on your reading every day as much as you want.  You’ll be reading like a pro in no time, love.”

She smiles and nods and hugs tight.  Trust.

I sit in the hallway after saying goodnight and wonder, maybe I’ve been wrong.   I mean, Simon was reading at five.  He practically taught himself once I gave him the very basics.  I never pushed phonics, sight words, and language arts because I felt if they weren’t ready, it wasn’t positive.

It might sound strange, but I didn’t push reading because I value it so highly.

I have always been far more concerned about our children’s LOVE of reading above their ability TO read at an early age.  I’ve met far too many children who learned to read in school at 4 or 5 and now HATE reading.  Some felt pushed, prodded, forced and reading became a chore.  I wasn’t going to do that to my children.

I wanted reading to be a slow, easy, natural progression.  They would read when they were ready and willing.

But now look, a daughter in tears because she’s not at the same ‘level’ as her peers.  Was I wrong all along?  When things like that happen, it makes you question your choices.


And sometimes, it just makes you feel like you’ve flunked the whole deal.

I sat, brow furrowed for a long time that night.  Then I marched downstairs, booted up the computer, searched ‘sight words’,  ‘popcorn words’ and word families and started printing lists, laminating, pulling out phonics games and our Sonlight LA for grade 1.  I made a plan and we started the next morning.

For days and days we snuggled close and read words and made it happen.  I showed Audrey how to read word families and hugged her tight when it finally clicked that all the endings are the same…

We spend a lot of quality time together and I give her HEAPS of encouragement.

It’s been three weeks now and this girl – she’s made progress.  And she’s writing more. 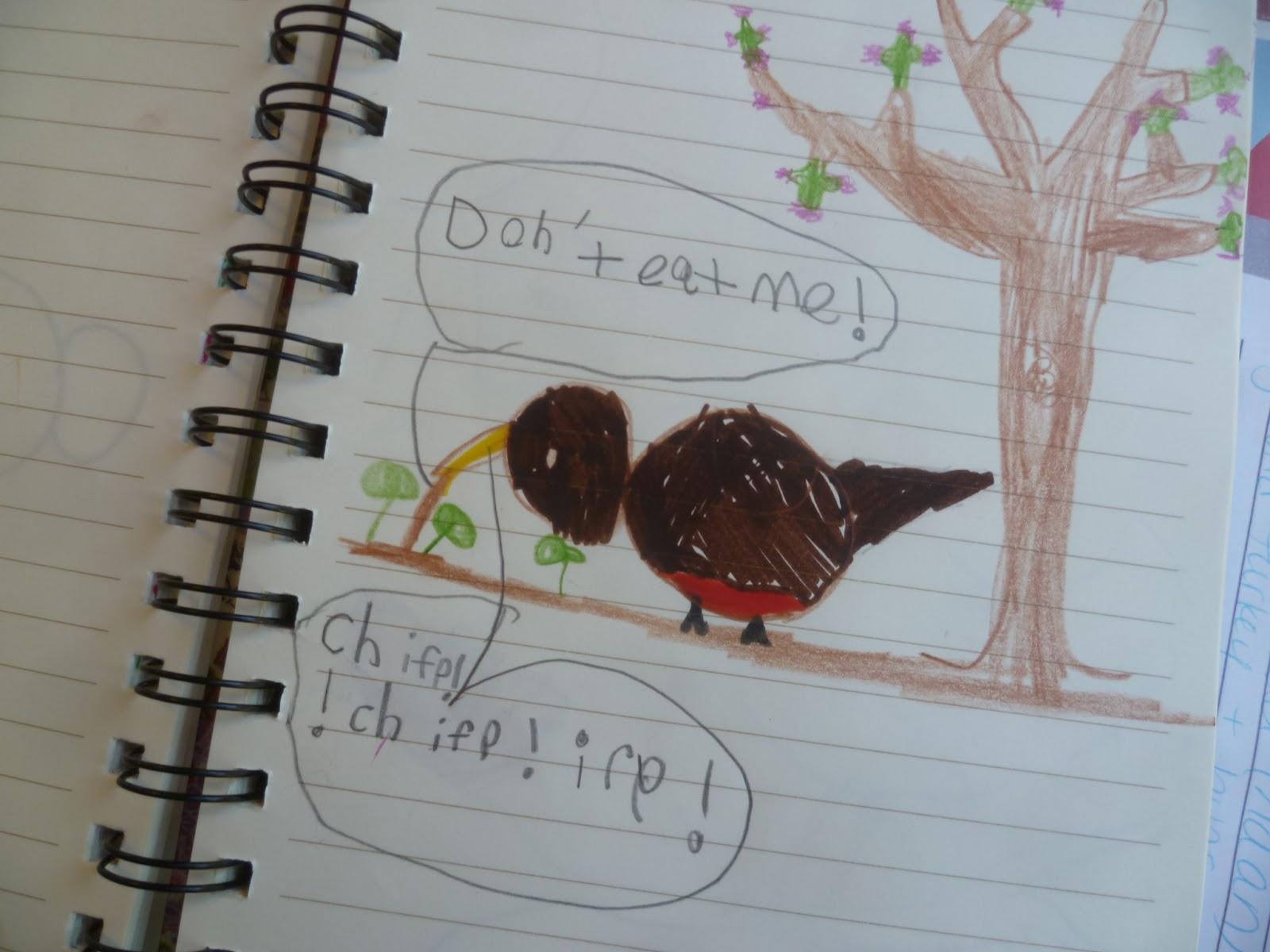 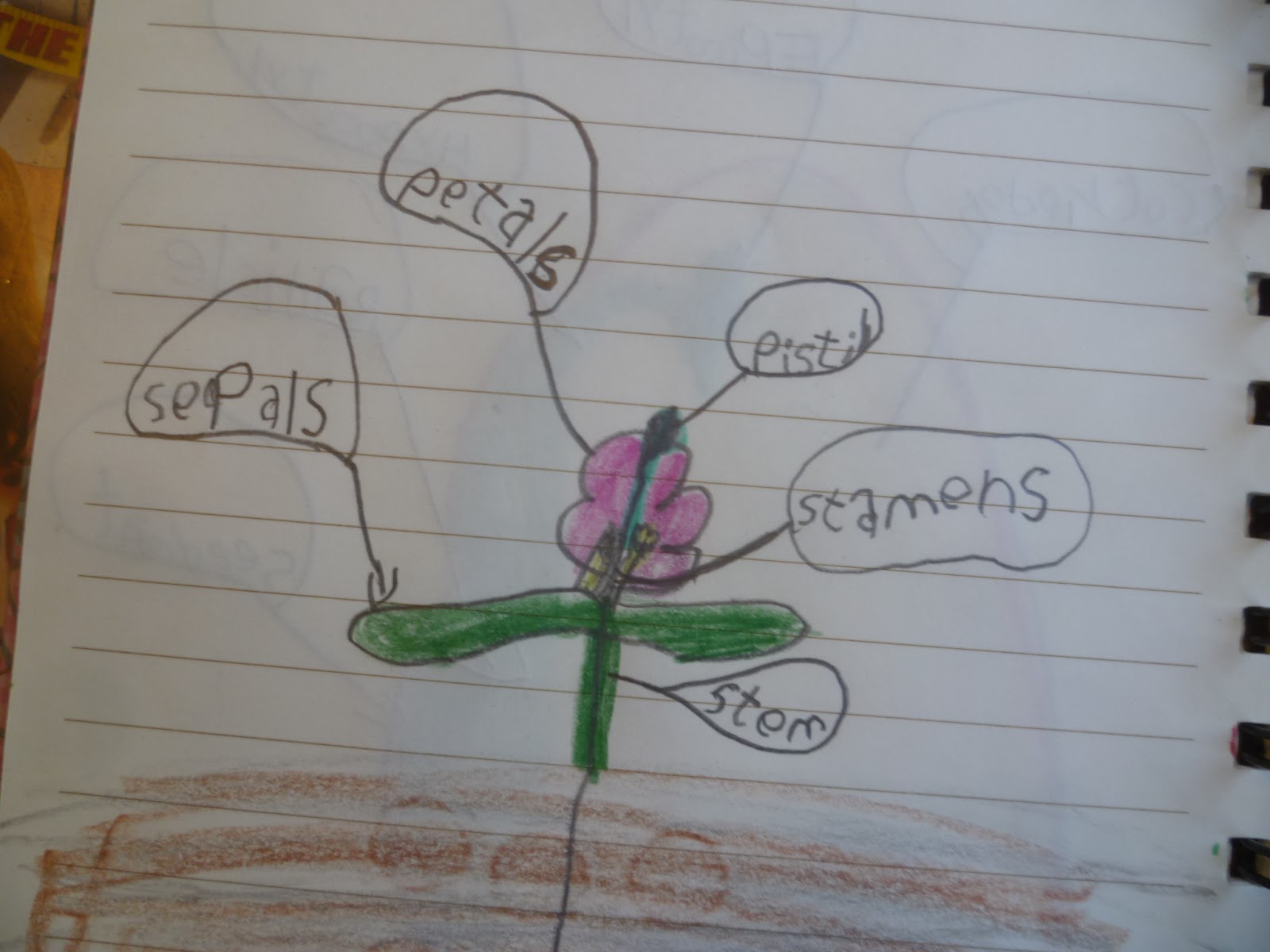 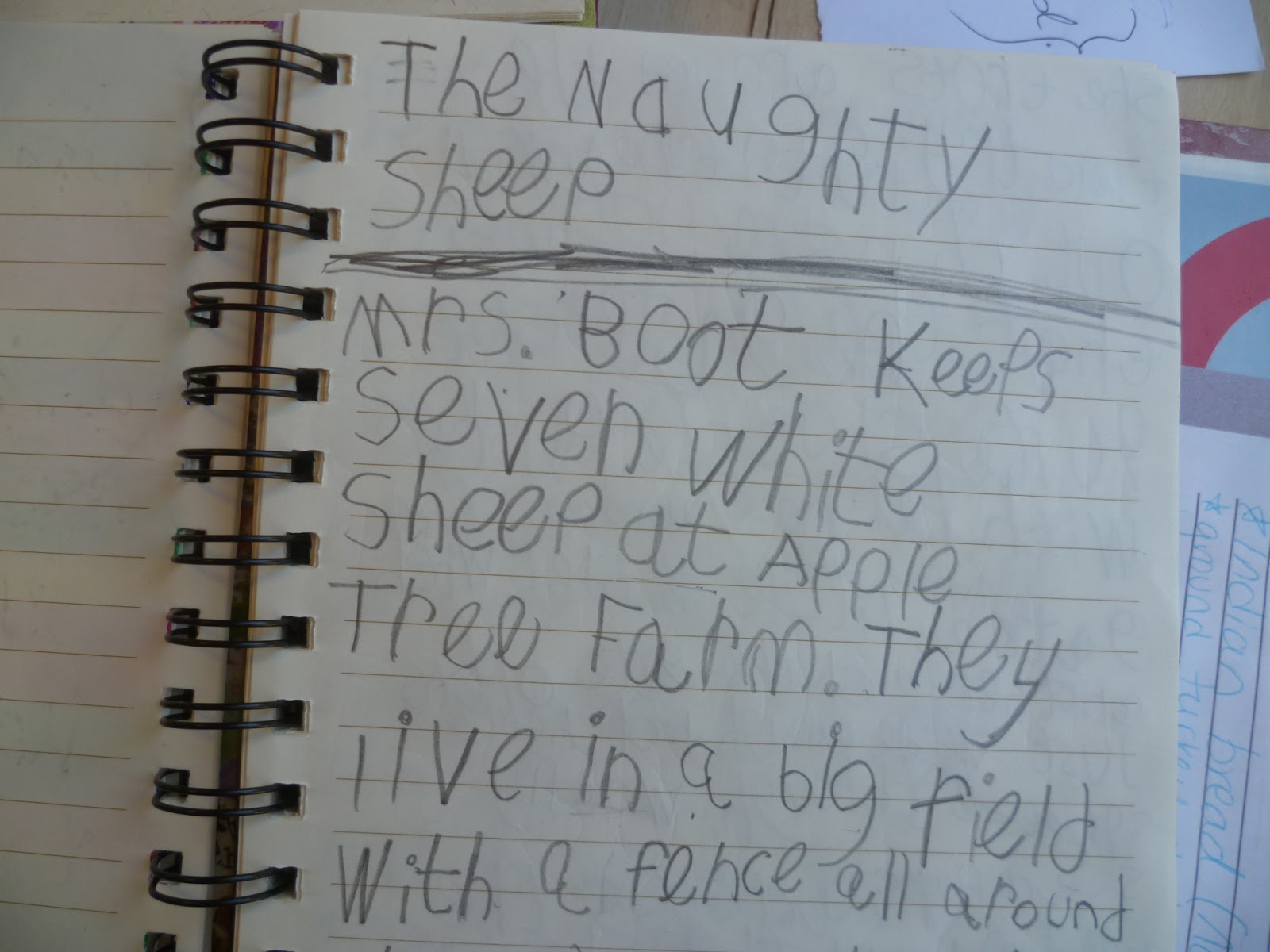 She was ready and willing and she started picking things up.   She isn’t reading fluently by any means, but she has made a good start.

We’re  still very much in the process of continuing to learn and add to what she knows but I can’t BELIEVE what she’s gained in a mere three weeks of working hard.  She WANTS to do it and her success is all hers.  What a beautiful thing to walk alongside your child as they learn something so beautiful, so life-altering, so joy-filled.  I wouldn’t miss this for the world.

This morning, she calls me over.  Her little box of sight words is in her hand.

She lays them out and reads them with ease.  I squeeze her tight and she falls into safe arms.  Mama arms.  Teacher arms.

She’s practically bouncing on her toes as we hug.

And the lies come rushing back and I remember how I felt that night on her bed:

I shake my head and hold back tears.  No.  I won’t believe the lies.  I’m shoving them out that low-lying country window.  How could this possibly spell ‘failure’?

A curly haired girl in my arms, giddy that she ‘did it’.  That WE did it, together.  Excited to learn more with Mama.  I am humbled.

And I’ve realized it. 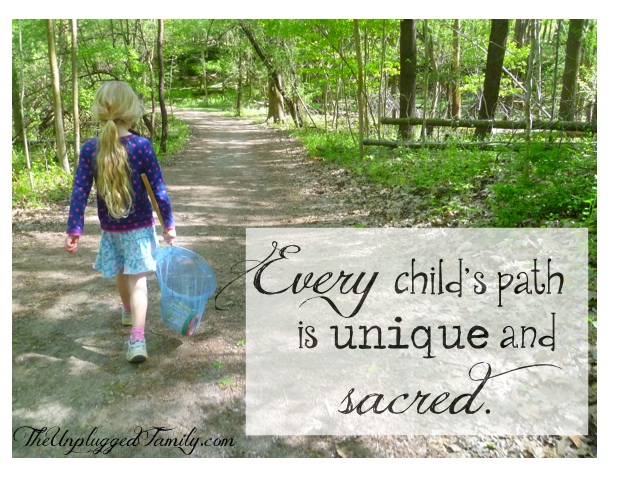 Yes, our daughter is learning how to read a little later than some others but that doesn’t make her or her Mama a failure.  We are so far from failing when we’re giggling and learning together in a cozy kitchen.

She’s safe to learn at her own pace and in her own readiness.  Prompted by an experience that might have felt negative in the moment – but inspired also.  And that’s okay too.  But she’s still given the freedom to be embrace where she’s at and if she wasn’t ready to read yet – that’s still be alright with me.

It is sad that our daughter felt so pressured by the comparison with her peers.  Sad that kids like her, the sensitive ones, are often broken down by their differences.  I never want her to feel like she has to ‘keep up’ with some one else.  But if that some one else inspires her to want to know something, that can be a gift.  How many times have I been prompted to grow as a person by meeting some one who knew more than I did?  Or by being introduced to a concept or skill I hadn’t yet mastered?  It is a bitter-sweet experience, this ‘peer group’ deal.

She confides more to me the following Sunday when she again chooses to opt out of Sunday School.

She pauses and waits for my reaction, then adds in her little voice,

“I find it stressful.”

I can’t help for chuckle.  What six-year-old says something like that?  I love this girl.

I hold her close and whisper reassuring words:

“I understand,”  a grin spreads.  “I’m a grown up, and I find large groups of people stressful!  So I can understand why you would too.”

She giggles and smiles and cuddles in to me.

My heart melts.  And she’s six.

Why shouldn’t she just really, really like to be with her Mama?

Society wants to rip our children from us.  Tell us what they need to know and when and how they’ll learn it.  Children in boxes.  But what child fits?

Real education is about finding ourselves on the pebbled path.  It’s about relationships being strengthened and nurtured and minds being inspired.  It’s that lighting of the fire and the stoking and the love sparks that ignite the soul and entire being.

And hey, if you’ve ever felt like you’ve ‘flunked’ this parenting thing or this homeschooling thing – you’re not alone.  And, can I encourage you that perceived failures are just being part of the journey.

They are an opportunity to reevaluate and either start again or keep trudging.

And I’ve realized even more deeply that this crazy off-road adventure which is homeschooling is full off bumps and dips and valleys and beautiful peaks.

An adventure where Mama learns just as much as the kids and family means growth and discovery together.


A journey where right when you feel like you’ve FLUNKED, you realize, you were right where you needed to be.

Realizing nothing real fits in a box and every child will surprise and delight again and again with their ability to triumph, discover, and inspire.

Realizing that no journey deserves a label.

And embracing the truth that every child can and should delight in their own path. 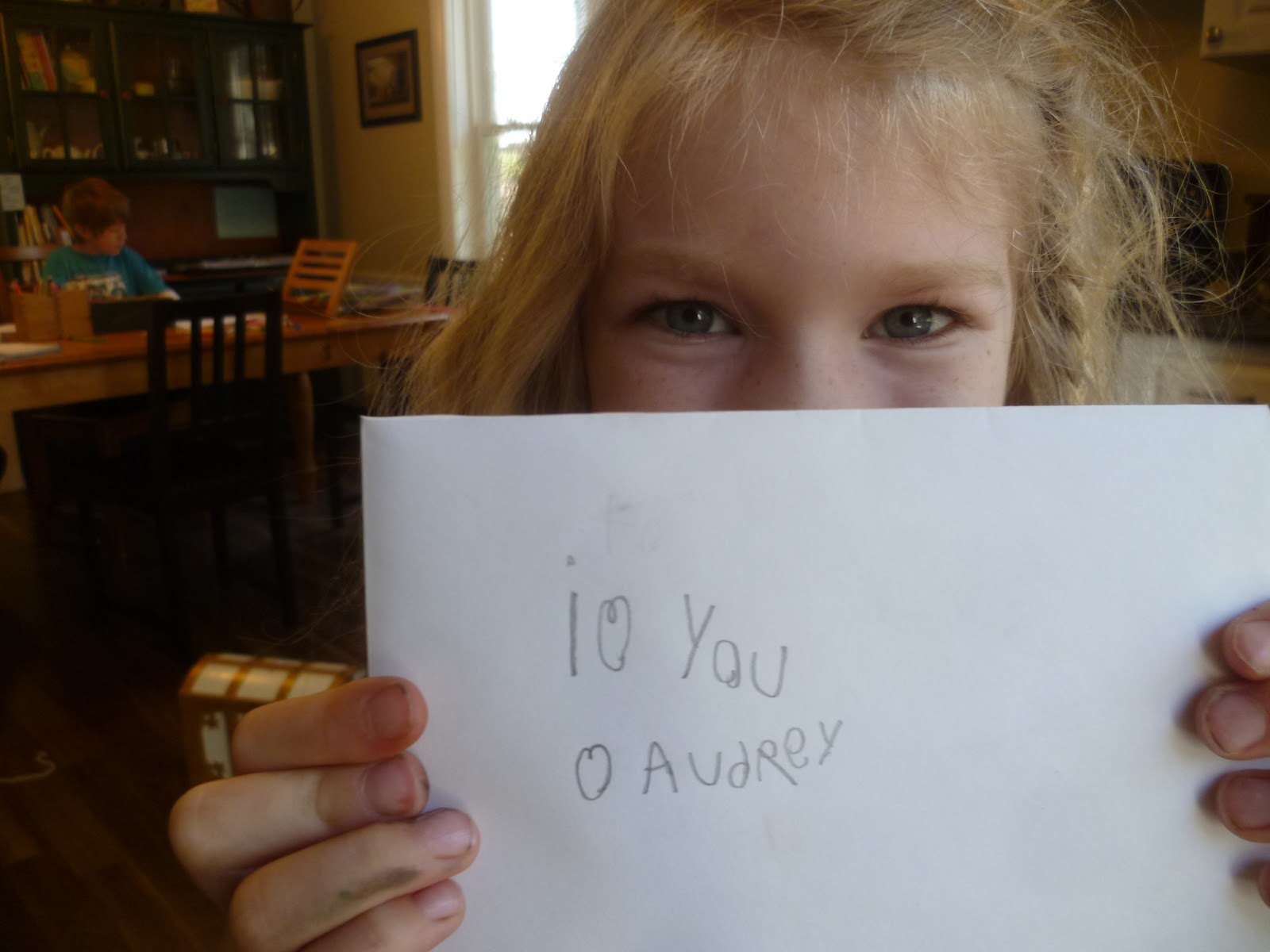 *An update on Audrey’s reading journey can be read HERE.  To encourage you – she didn’t fully start reading (early chapter books) until 2 years after this post!!!  It takes TIME, friends.  Rest in the truth that God has a plan and He is faithful.  Read more right here.