The kids and I had the opportunity to enjoy the day and we seized it. It was like Spring – as best as Spring could give us in the middle of January. The sun was warm on our face, the ground soft and everything seemed alive in contrast to being in the midst of its winter slumber.
Once the idea of going for a bike ride came to my kids, nothing was going to stop them. Smiling, I suited up and joined the excitement.
“I’ll lead the way daddy!” exclaimed my 7 year old.
It didn’t matter to me where we were going, the joy of the outdoors had taken them and that’s all that I was concerned about. Down the road, along an all to familiar pebbled path and up the hill to the lake.
And that was it. We had ‘found’ what they were looking for. Not sure if they knew it before they left the house, but once they arrived nothing I could have spoken to their hearts could have convinced them otherwise. Raw nature to be enjoyed. To be taken in. For what seemed like hours my daughter and I explored squishy beaches while the boys succumbed to their inner craving to break up the ice with a seemingly unlimited supply of rocks. 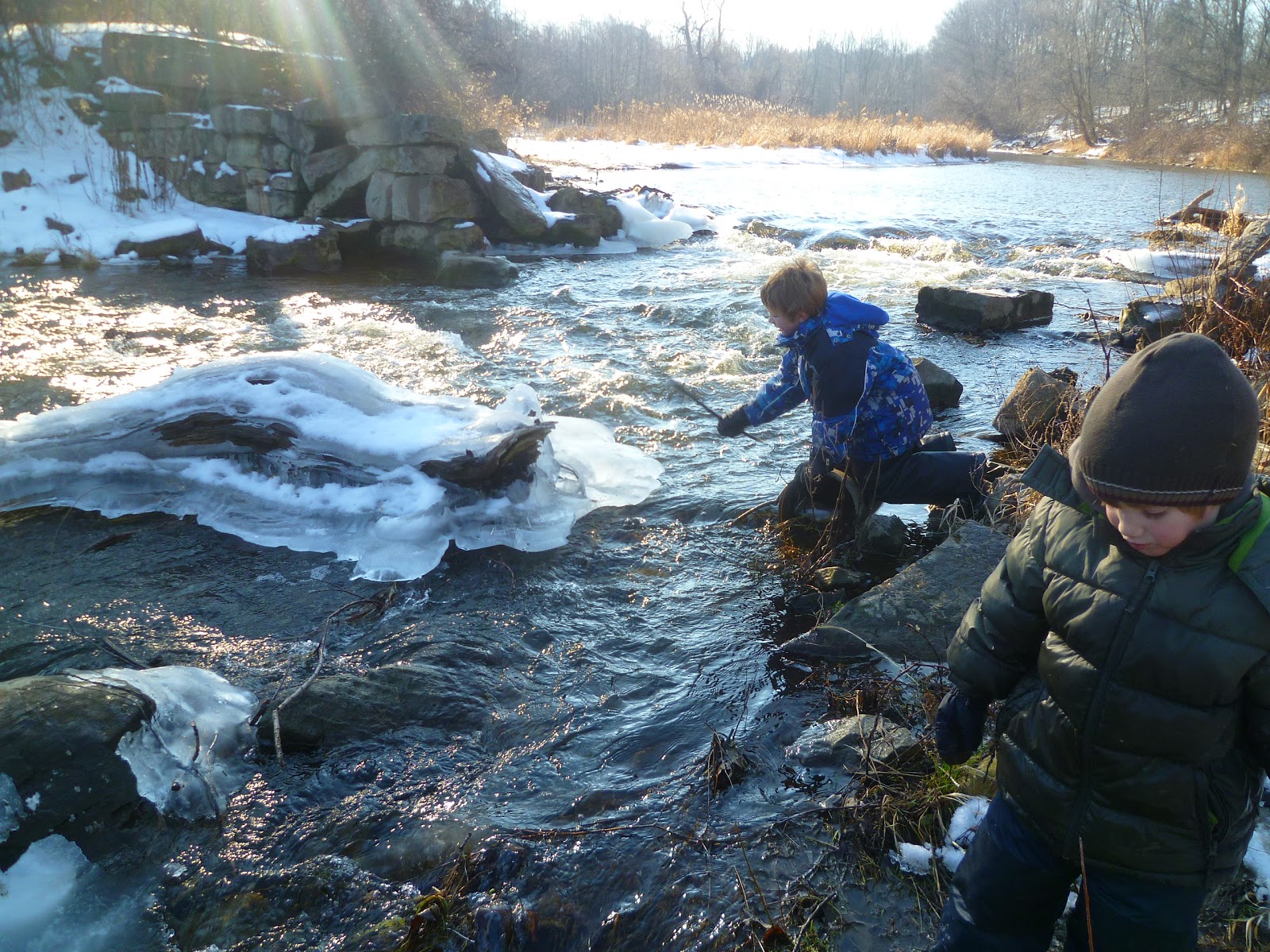 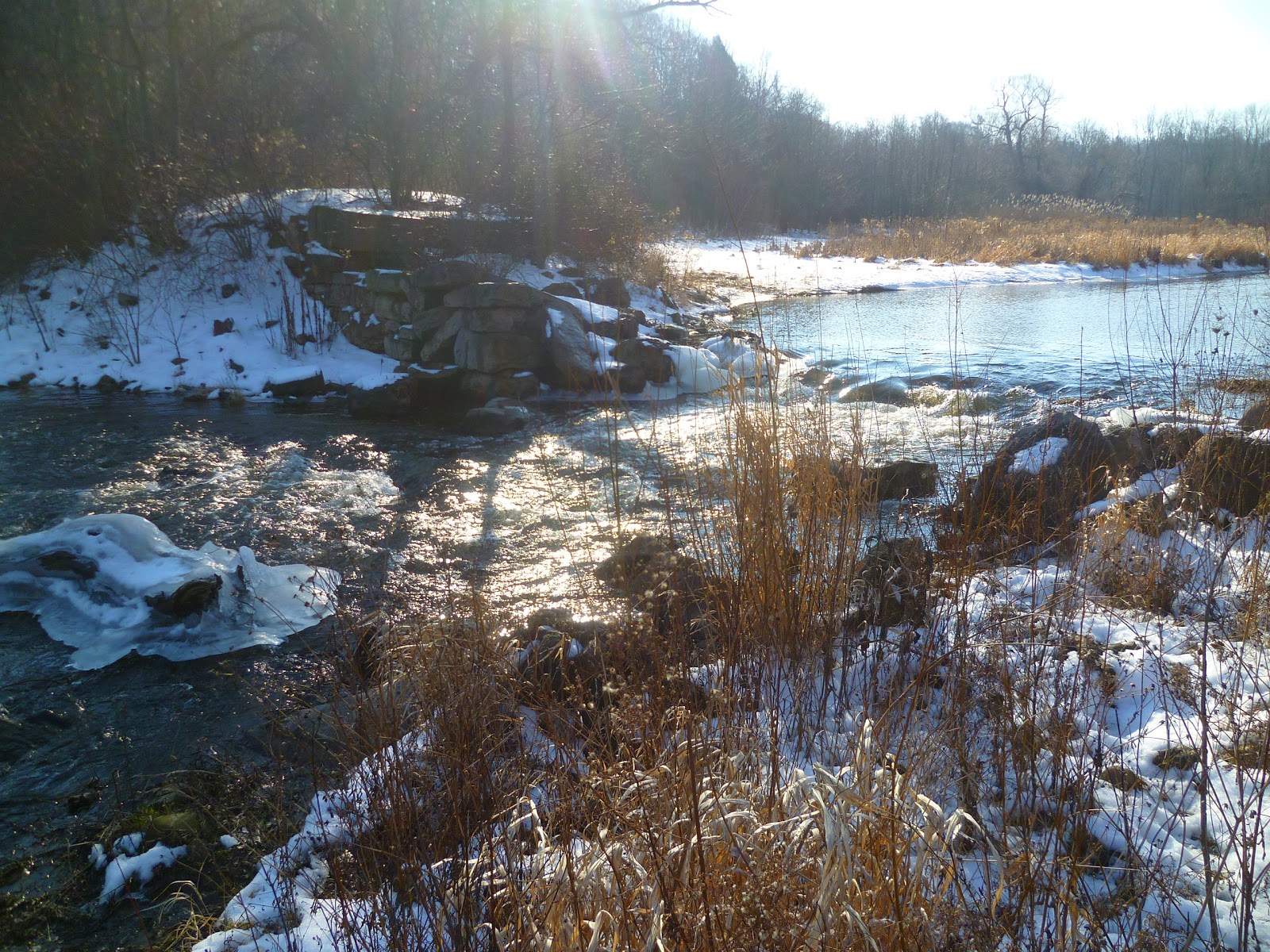 It was refreshing for all of us. It was refreshing because our Creator is so close by when we are experiencing His creation. I know it. I see, hear, smell, feel it in this moment. The kids may not understand why they enjoy it yet. But by God’s grace we’ll teach them to know it too.
I point out to my daughter the hawk as it circles high in the sky. I tell her to push aside the thunderous sound of the water flowing past the dam and hear the quiet bubbling of the ice, making it seem alive. His heart is here. 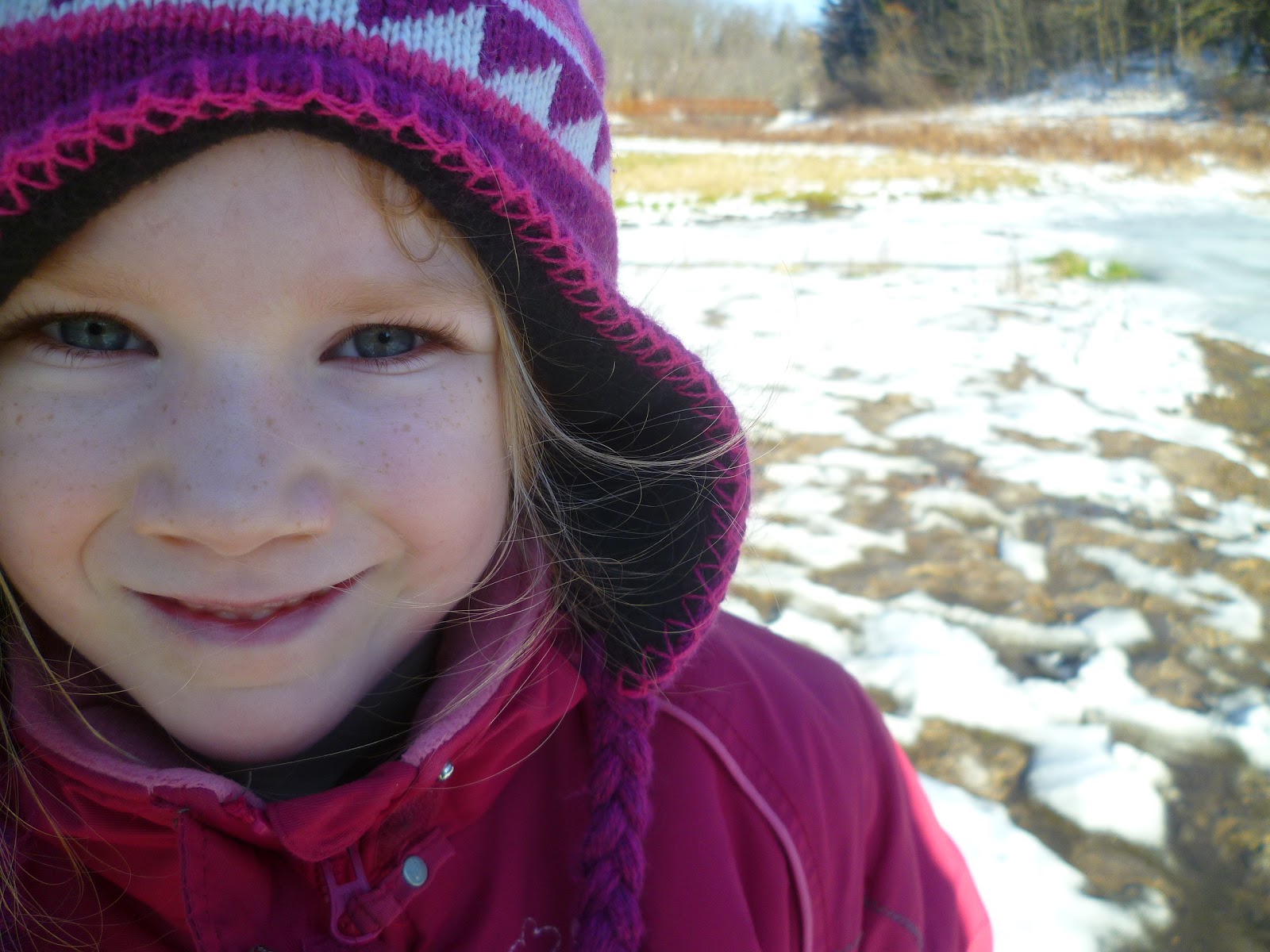 I share these gifts with her as we walk.  The boys are a little harder to quiet, to slow down enough to take it all in that moment.
Hours later, during bedtime, that time comes while reading to my oldest. We are reading Gentle Ben by Walt Morey and the words leap off the page putting to words in the quiet moment what I wasn’t able to do before.

“The sharp ears were picking up the distant thunder of the surf, the far-off cries of clouds of gulls, the near chatter of a jay, the raucous voice of a pair of crows, the scream of a fishing eagle, and the endless musical brawling of the nearby creek running over its stones. All these sounds and smells could mean but one thing to Ben, the thing that he had never known and that every wild animal has craved since time began; freedom – freedom to live as his kind had lived through the ages.” (pg59, italics added)

I read it again to him. I ask my son, “Do you hear that?” The brown bear was made for this. He was created for this. And he was empty until he was filled with what he was created to be filled with.
And the thing that we are born not knowing, yet every person has craved since time began? To be close to our Creator – to live at one with Him, as He had intended it through the ages.
Until that day comes when we stand in His presence; look, listen… quiet everything you are and He will reveal himself. He wants to.
We just have to listen.

Wesley is married to Cassandra and the two work together in educating their children at home.
Linked In:
The Better Mom
A Holy Experience