We had fun studying Japan.  We covered topics such as, land types, climate, location of the country, the people, religion, clothing, traditions, food, animals (Macaques and Cranes), and language.
We enjoyed watching a few videos about Japan, including a promotion video for tourism Japan and many clips of Japanese muscians and dancers.  This one is a good clip for beautiful traditional Japanese music to play in the background while doing art projects, etc.  I included some other links at the bottom of this post.
There are many beautifully written Japan-themed story books for children as well.  I wasn’t able to photograph all the books we used, but I’d suggest searching “Japanese folk tales” and “traditional Japanese tales” for several living books that make this culture come alive for children.  Some examples: I Am Tama, Lucky Cat, Bamboo Hats and Rice Cake, Grandfather’s Journey, The Boy from the Dragon Place, and Little Inchkin.
As always some of our lapbook resources came from the fantastic Homeschool Share.  Enjoy!
Our study of Japan started with some crafts – Ka-Mon, Origami, and Japanese Drums. 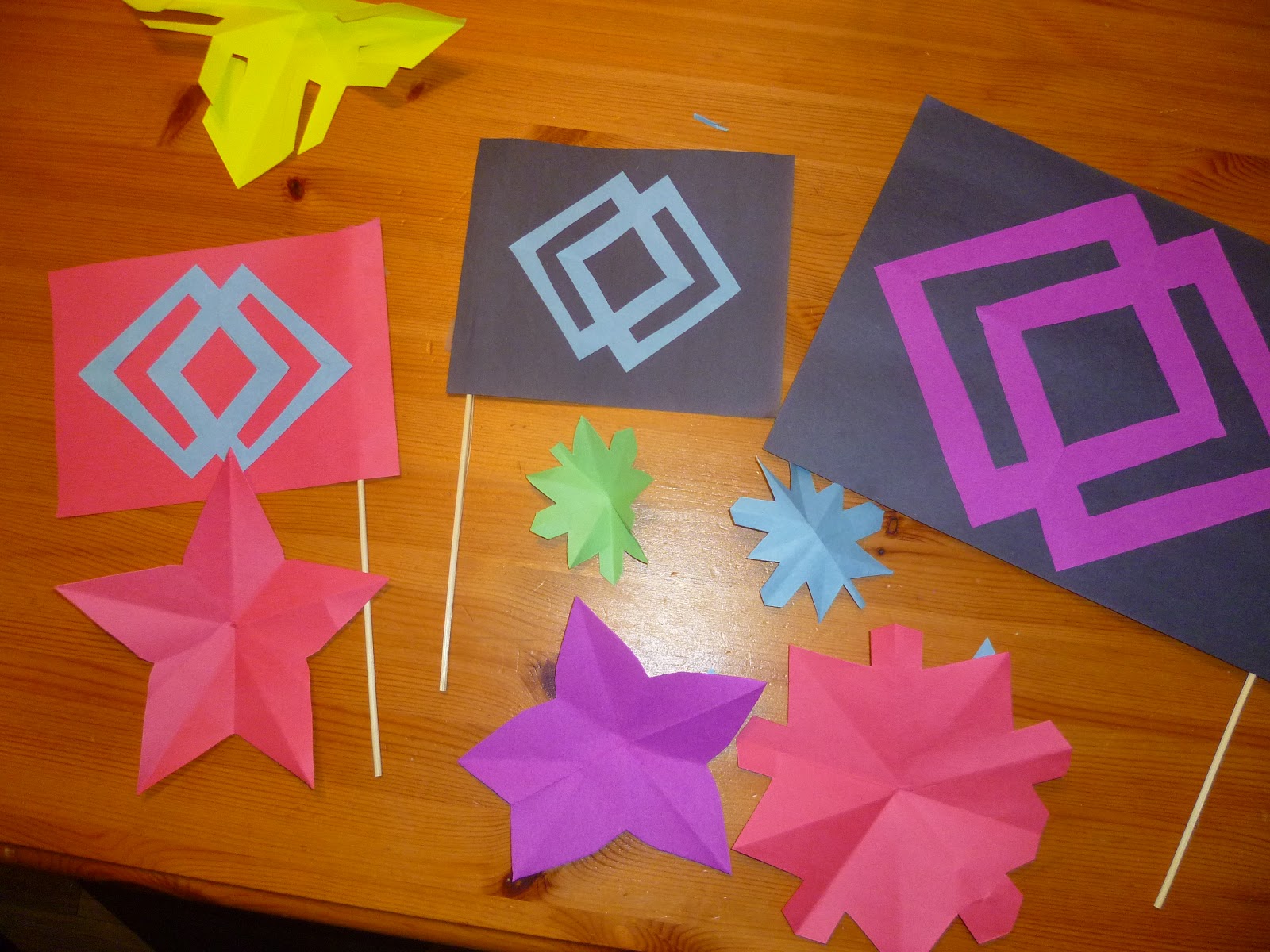 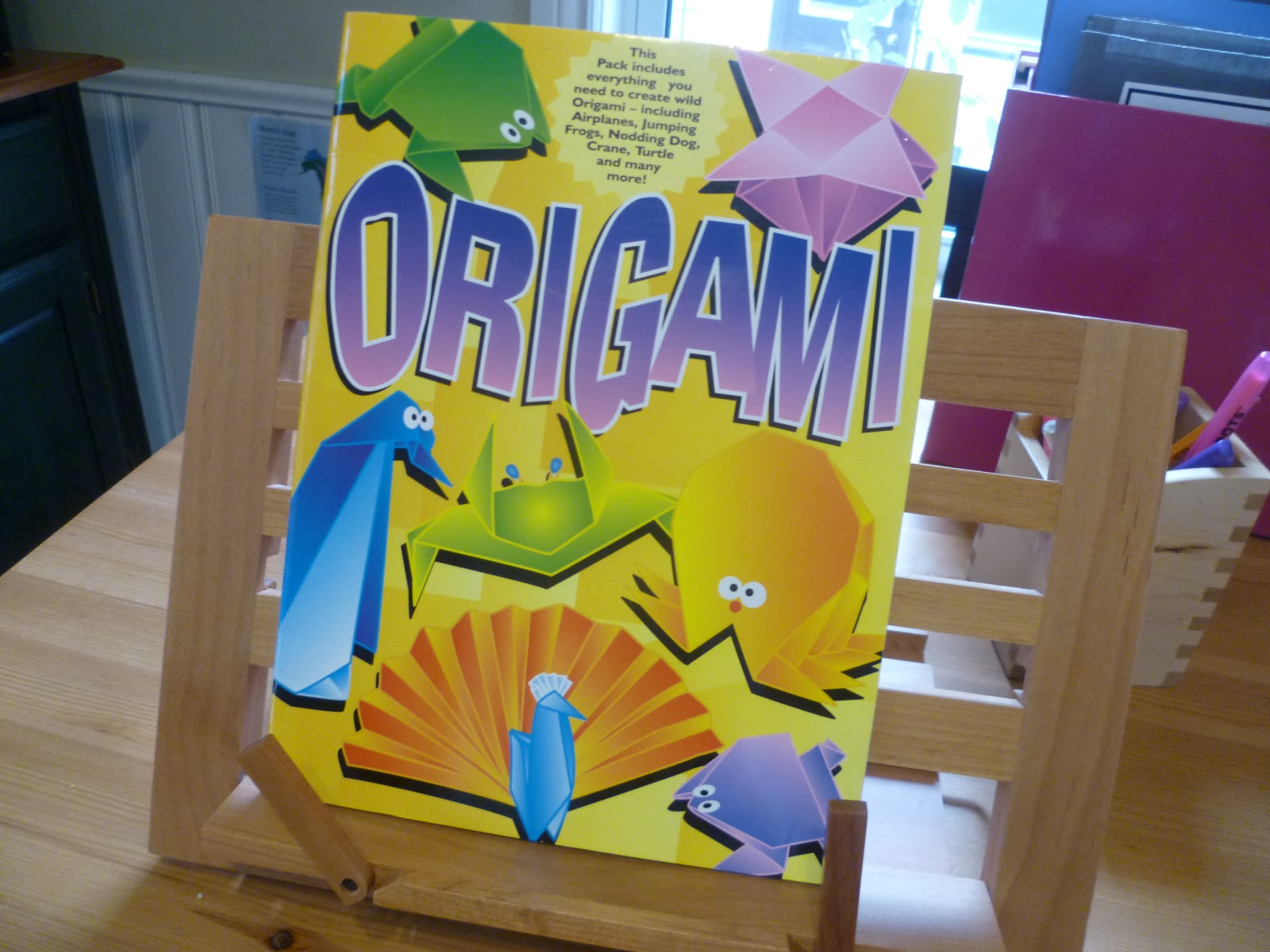 I’ll just add, Origami is not easy.  It was challenging to fold even simple animals and the kids did lose interest fairly quickly as I struggled to attempt this.  I’d suggest doing simple origami with younger children.  Older kids would probably do well with most Origami folding as long as you practice ahead of time.  As for me?  I’m all thumbs… 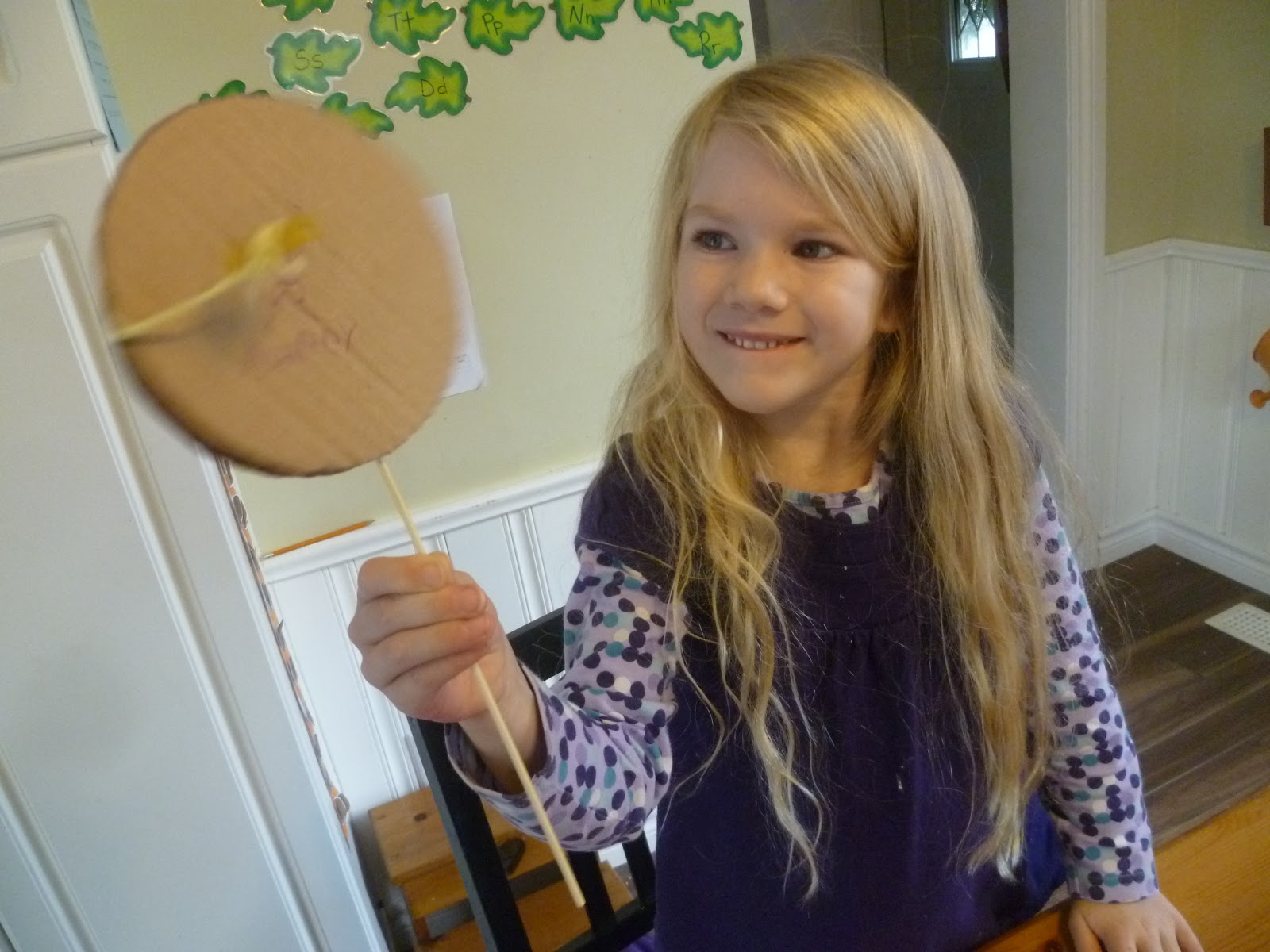 We enjoyed a traditional Japanese meal  (from Eat Your Way Around the World) using chop-sticks on the kitchen floor.  Japanese tradition was to eat low to the floor, so we thought, why not? 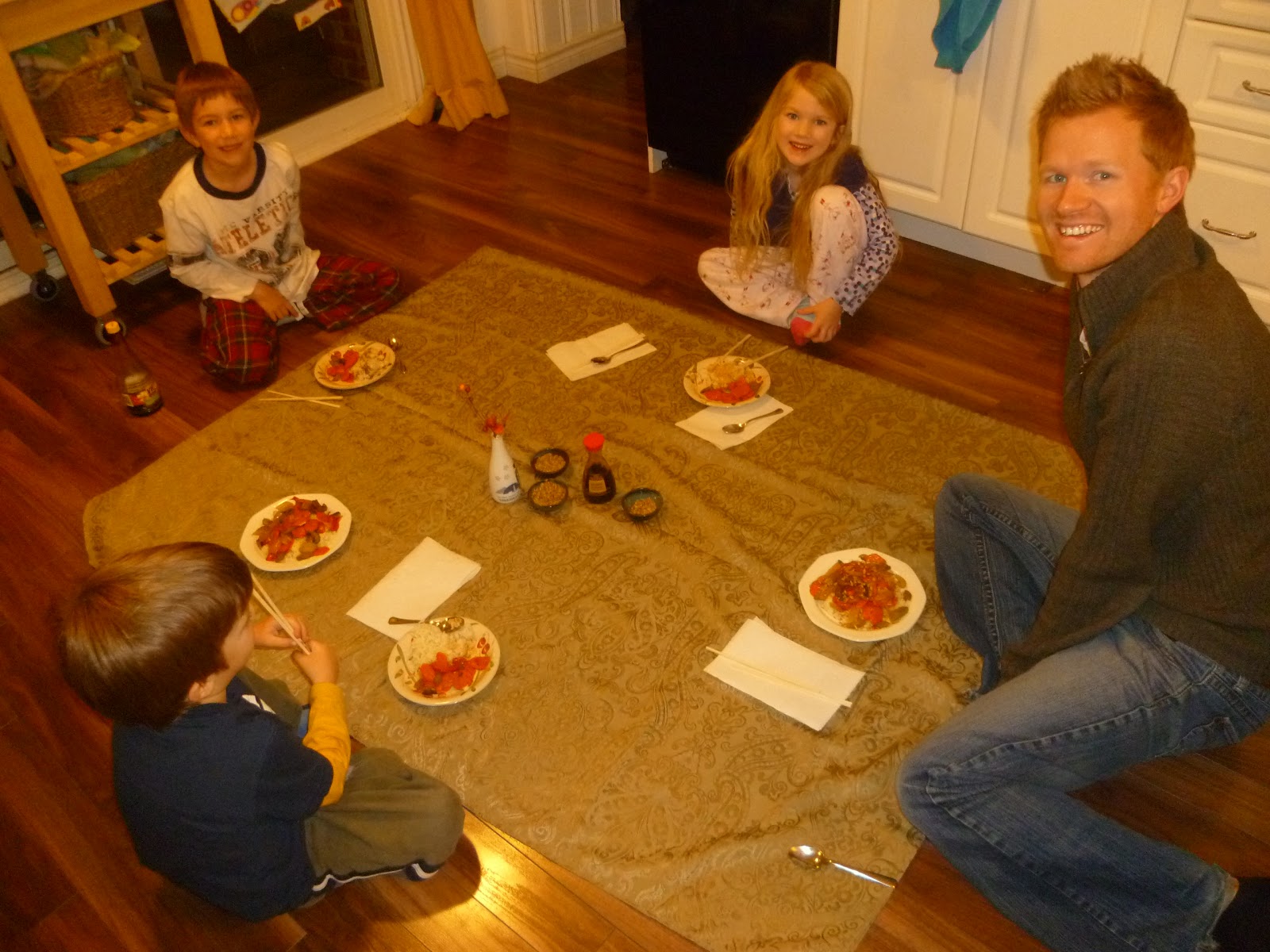 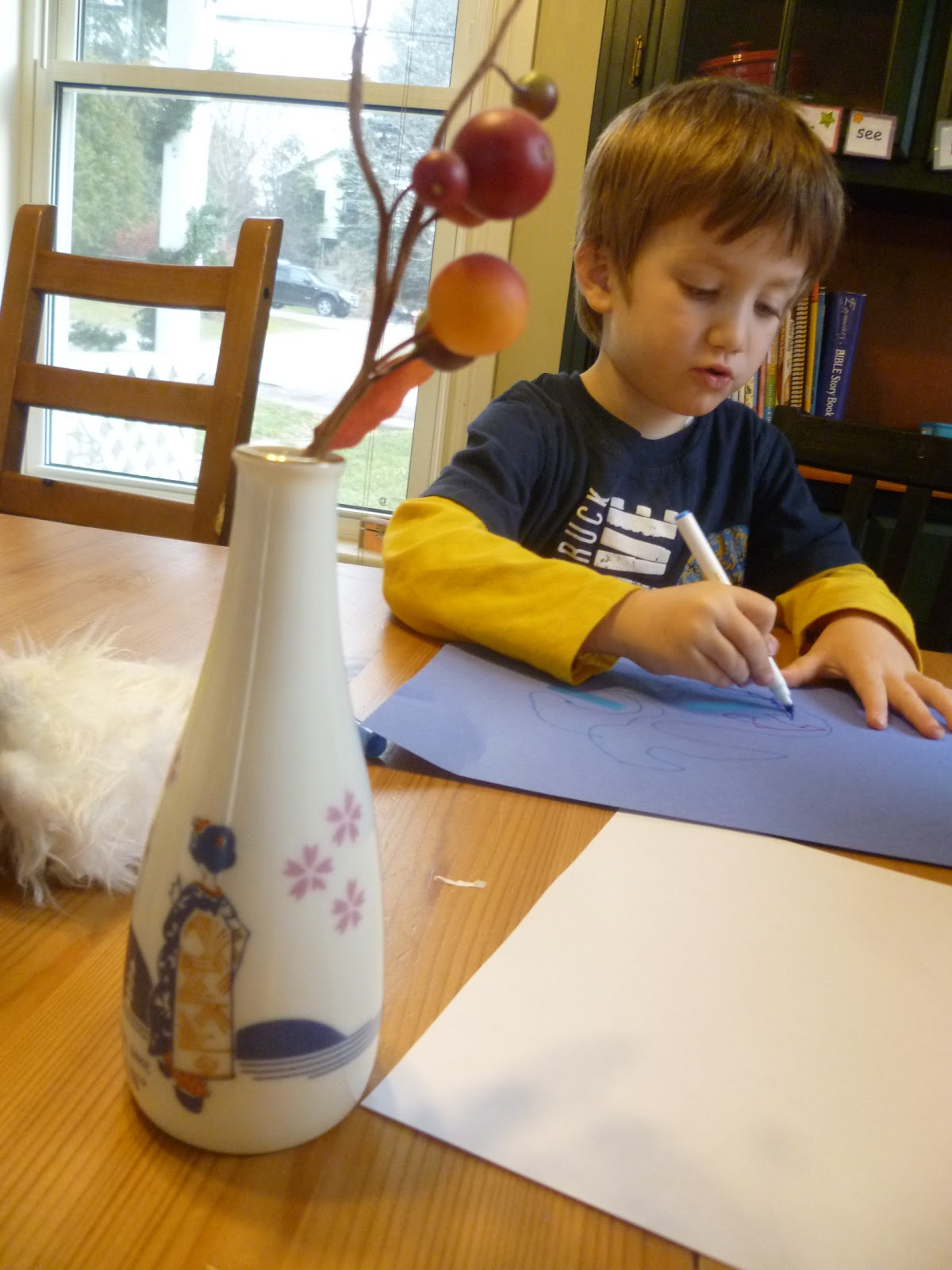 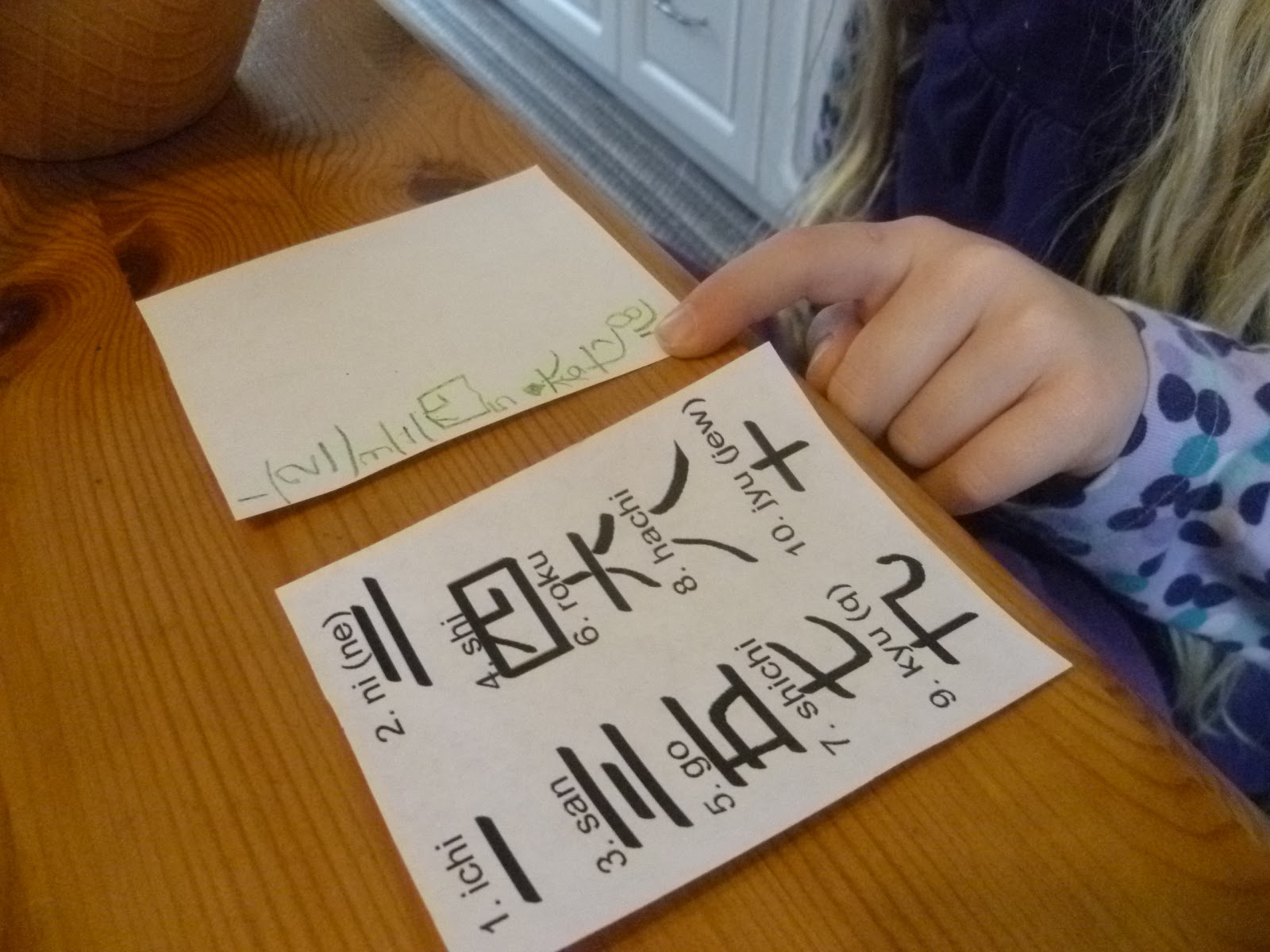 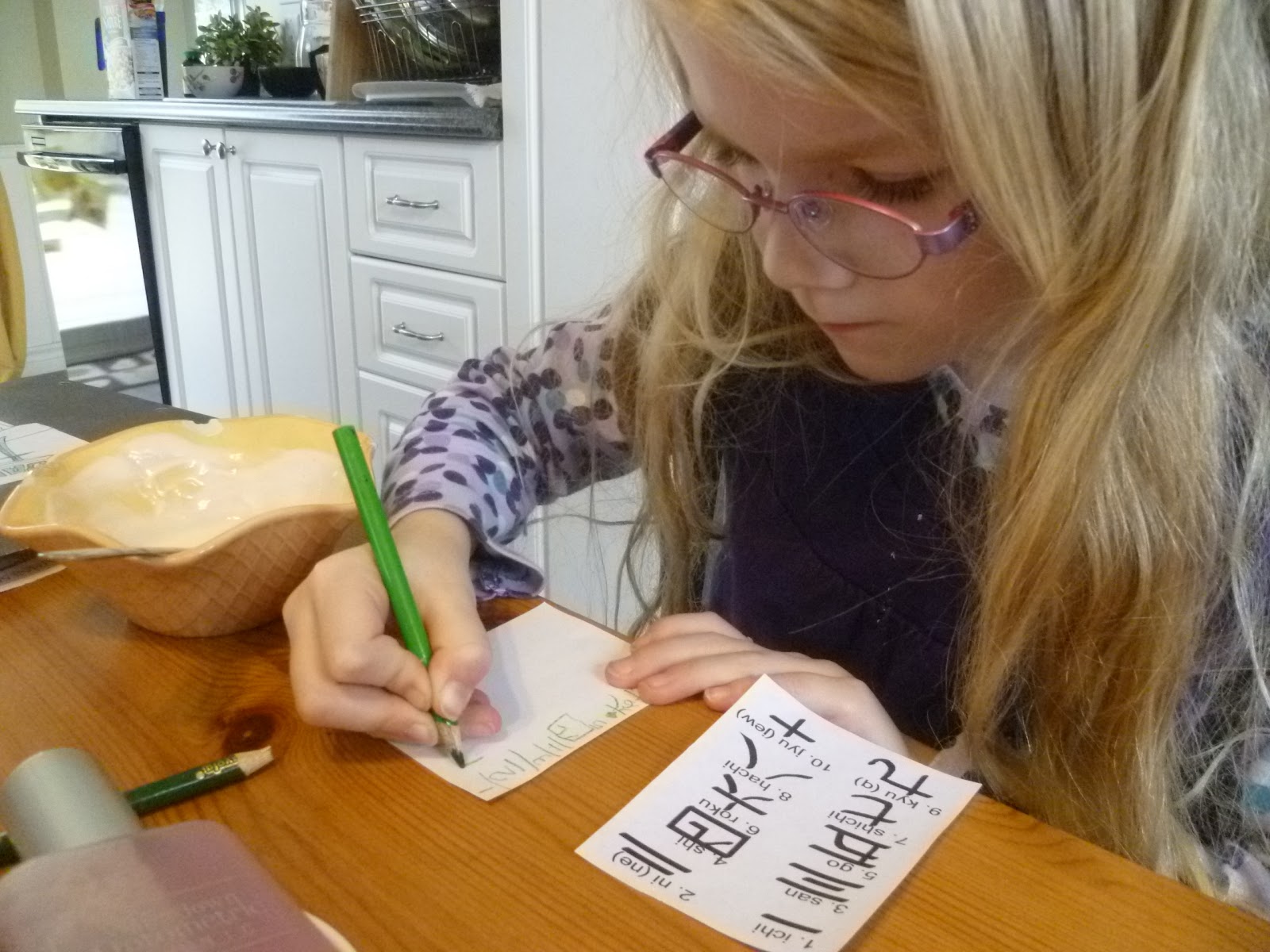 Our lapbooks and some of the other topics we covered for Japan: 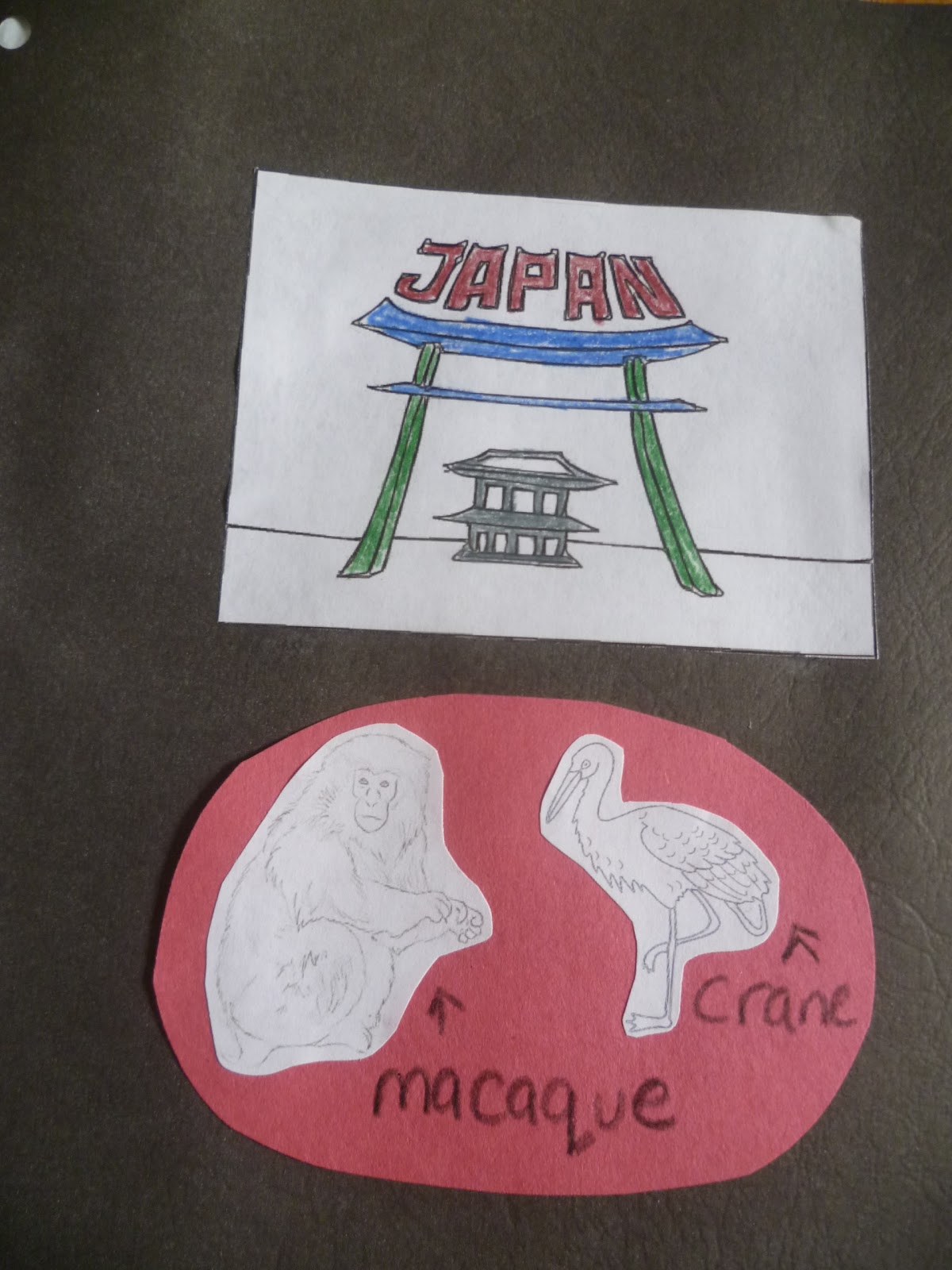 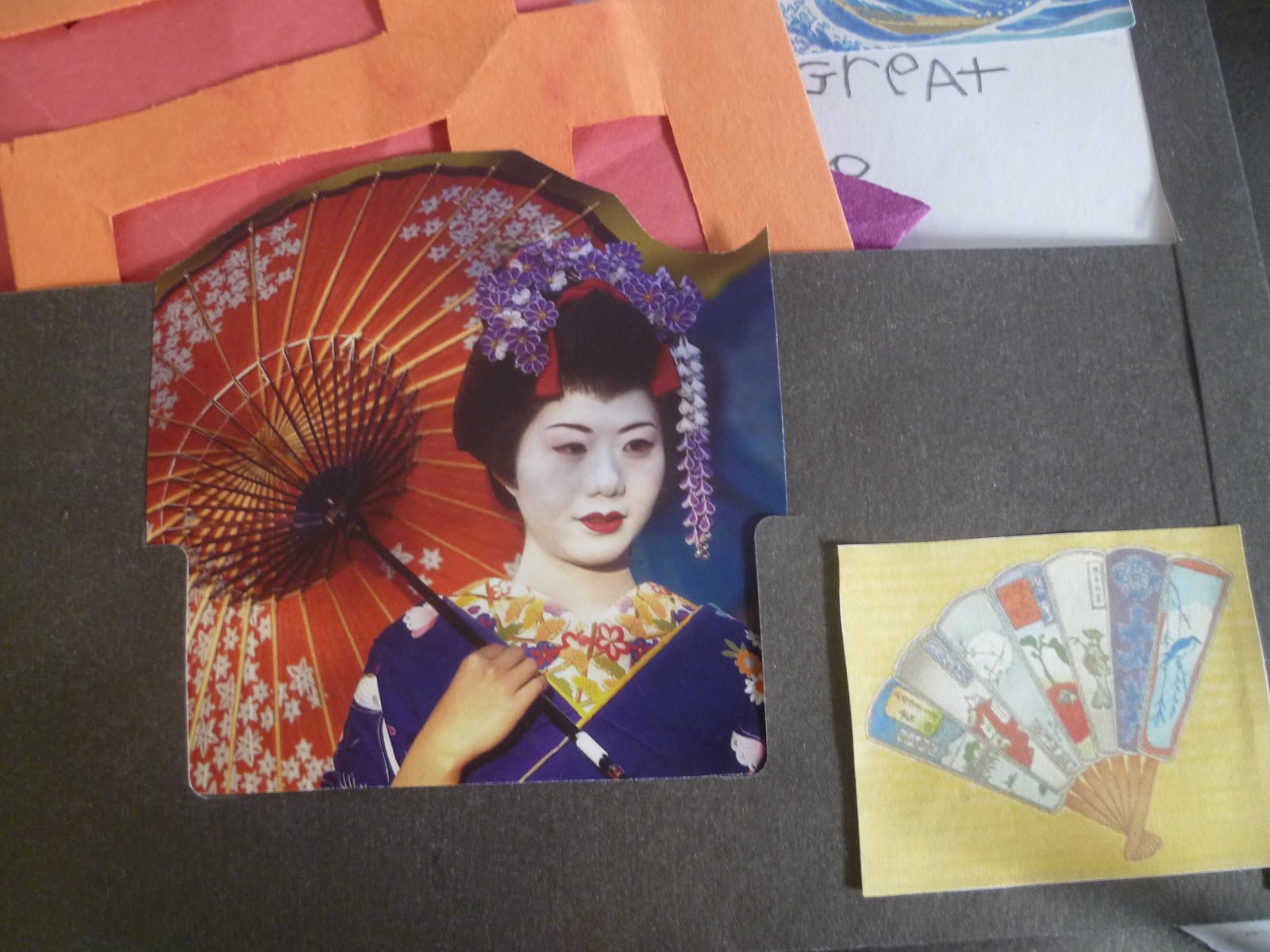 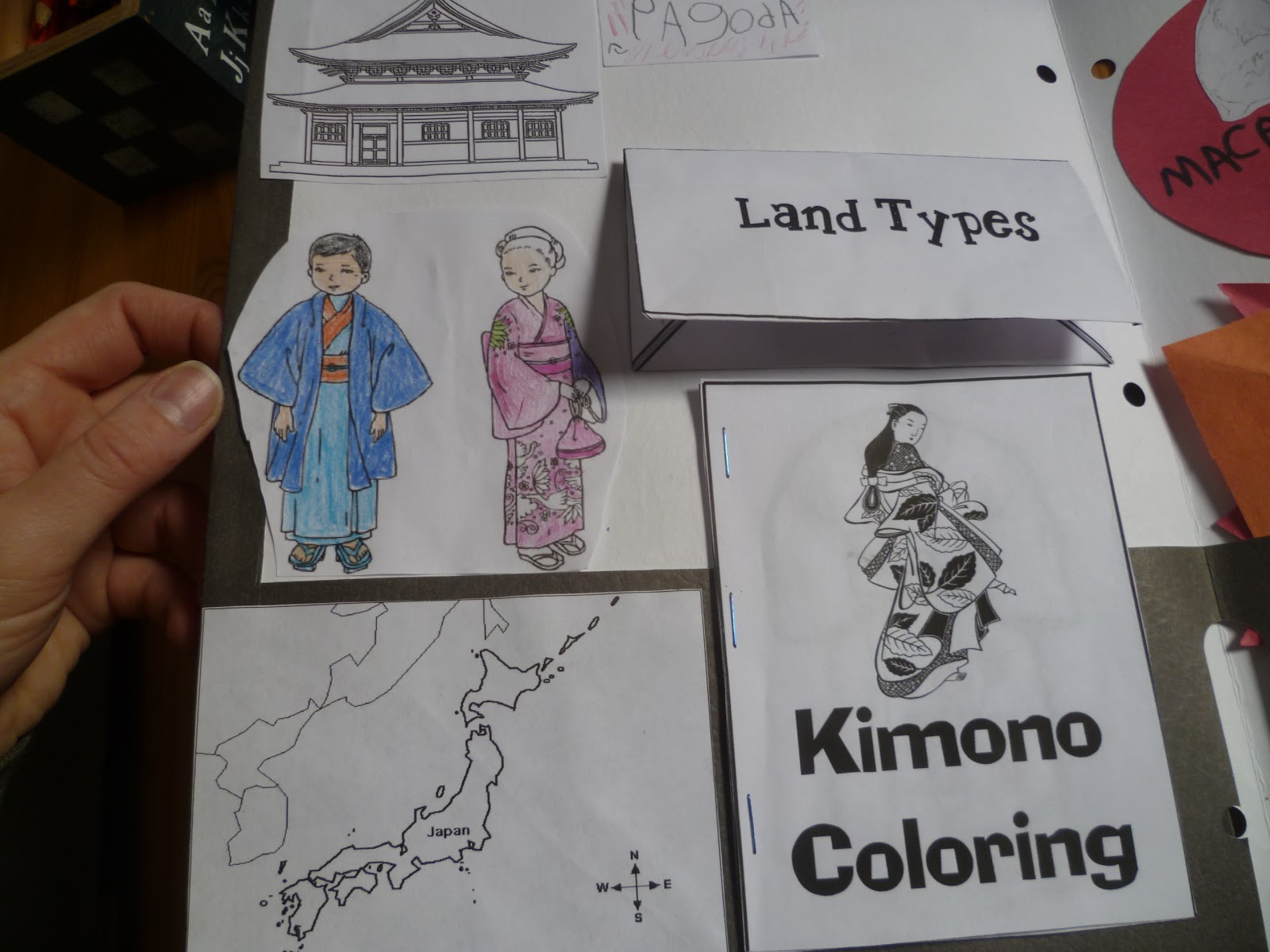 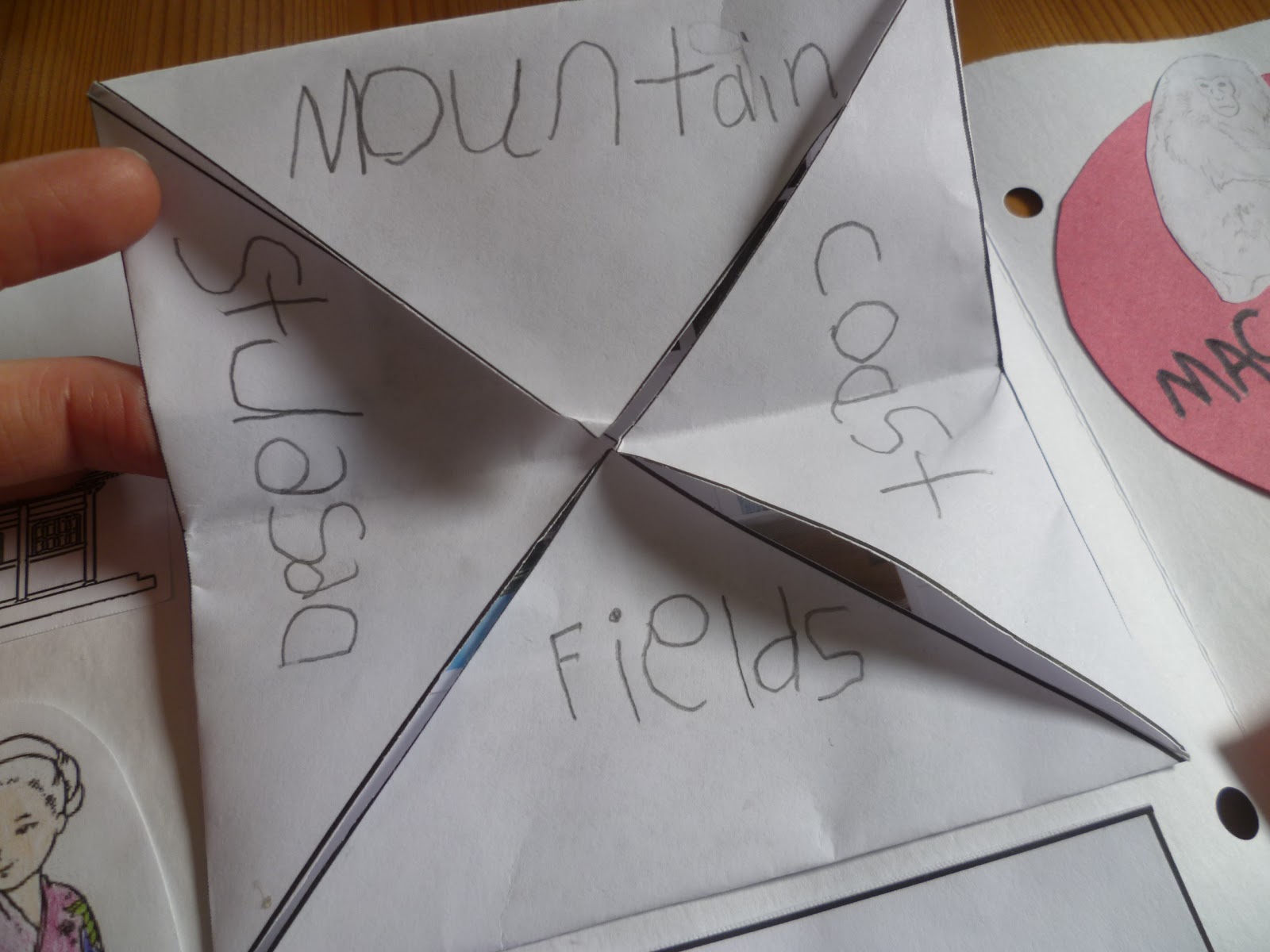 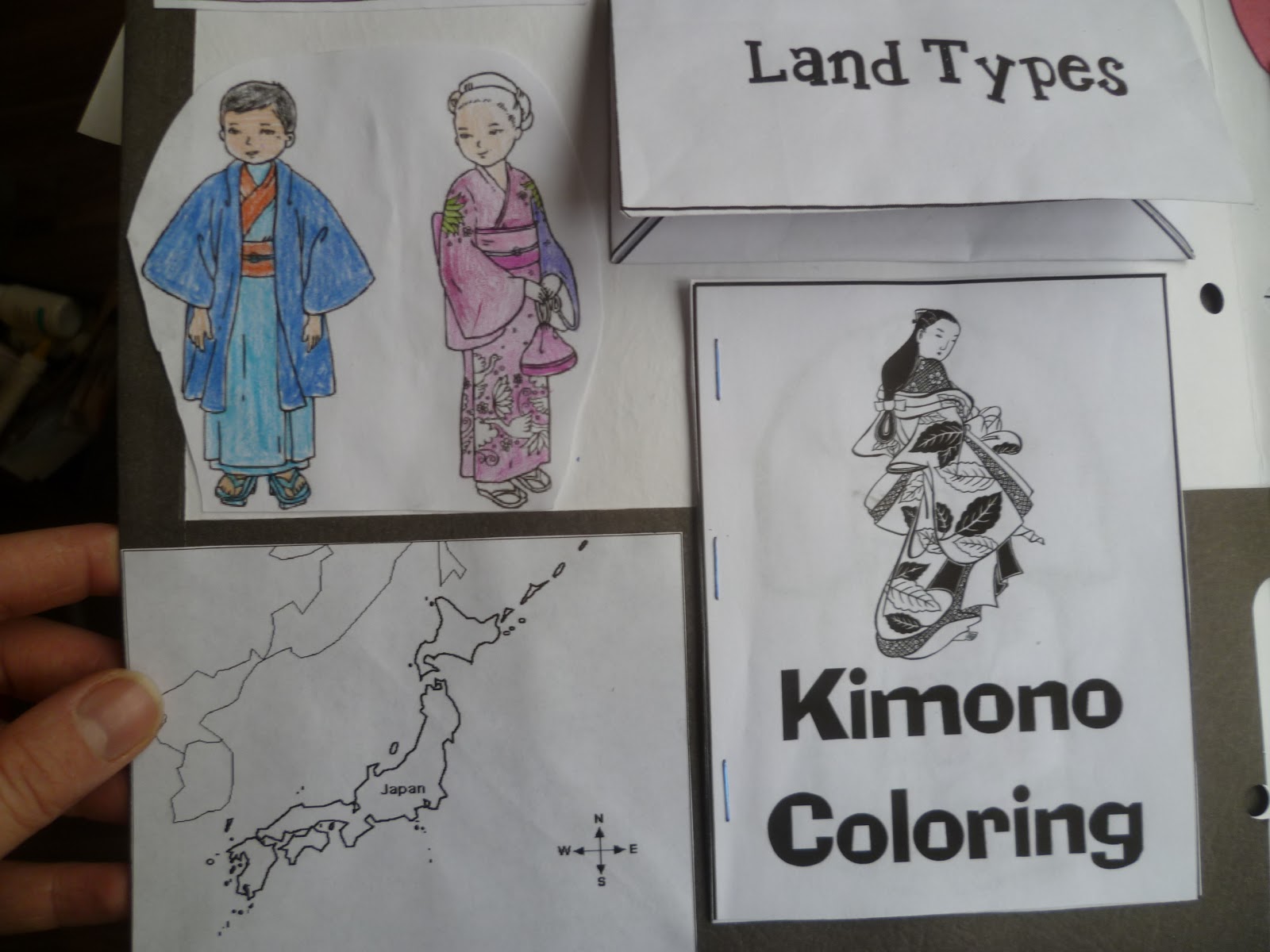 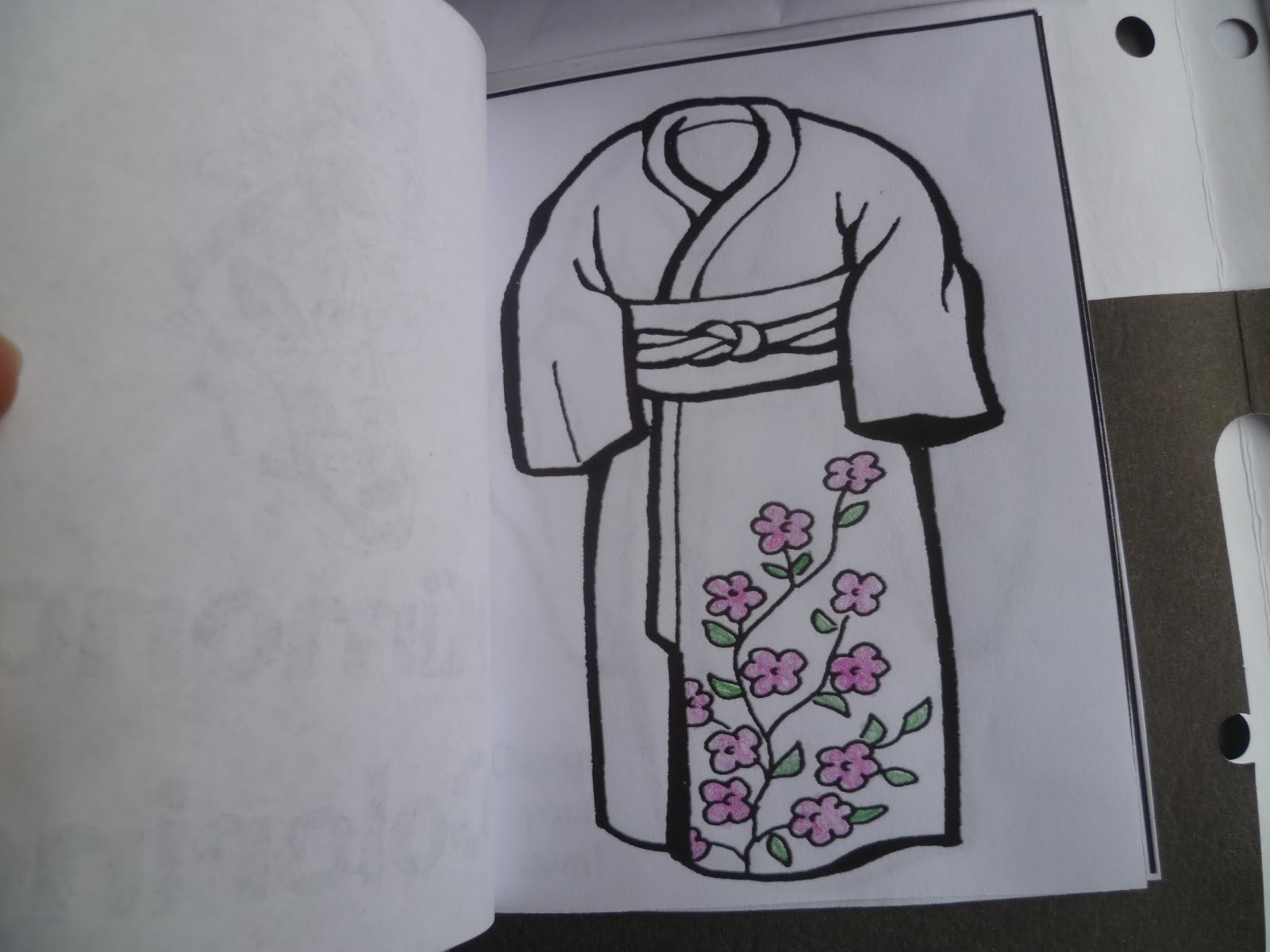 Loved these two books for resources (though we used many more): 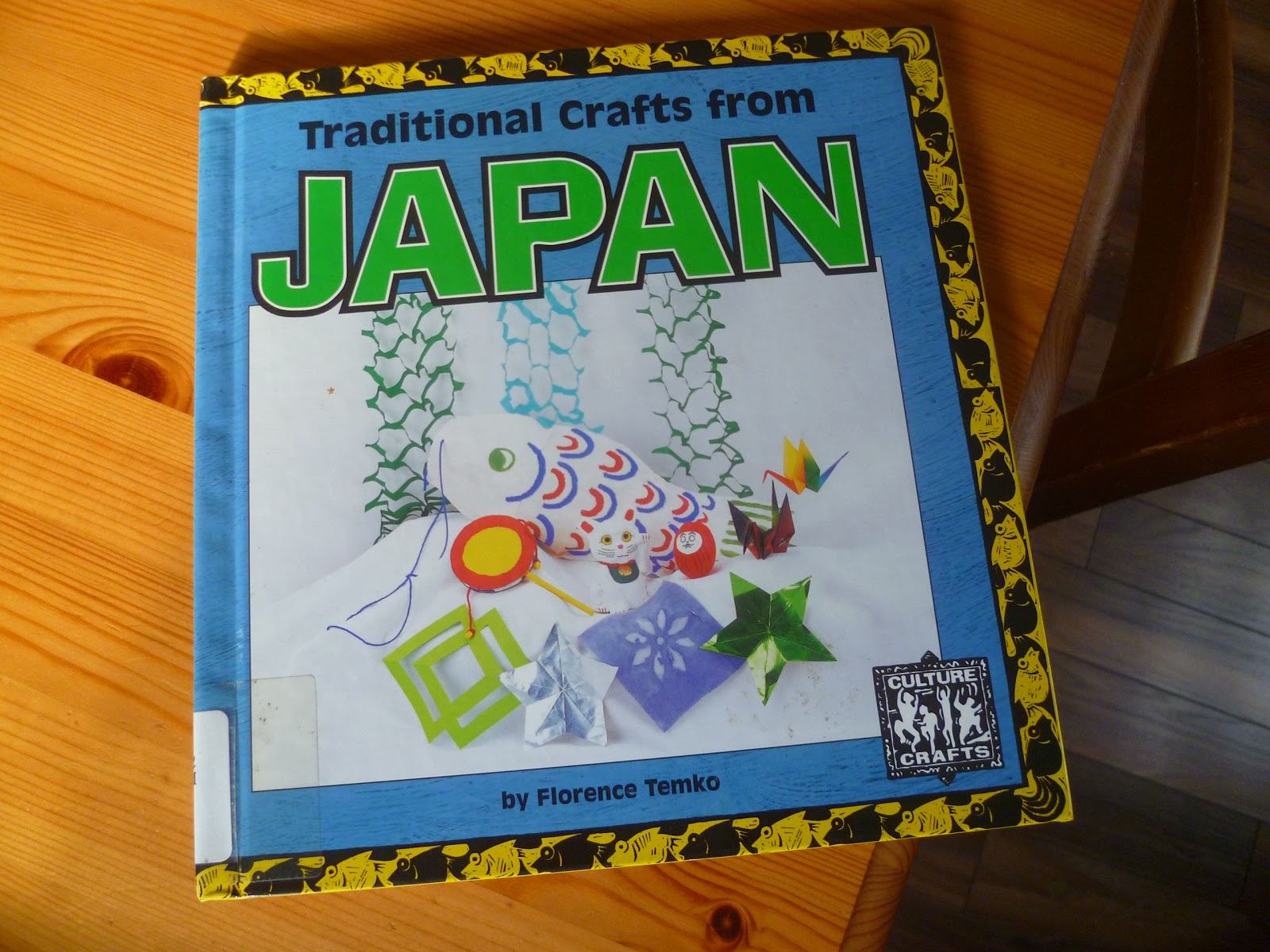 Humbled to be featured on The Homeschool Village!  (Thanks!)
﻿